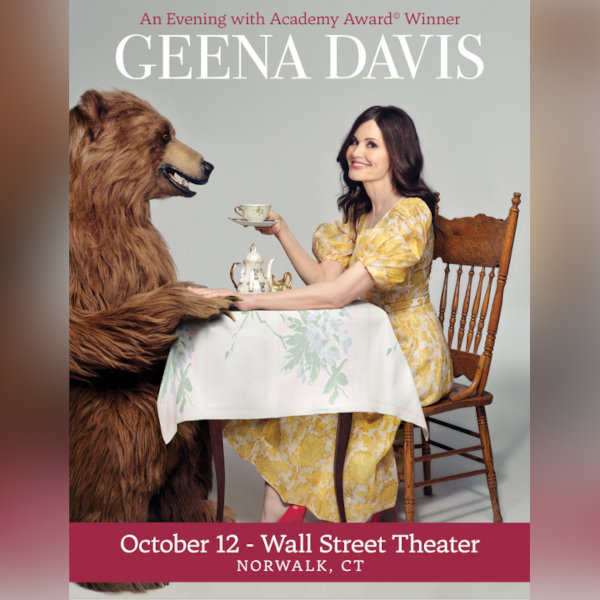 From two-time Academy Award winner and screen icon, Geena Davis  comes a hilarious and candid memoir that takes you on a journey – from her epically polite childhood to roles that gave her the strength to become a powerhouse in Hollywood.

Geena will be going on tour with special guests to celebrate her new book, DYING OF POLITENESS. Join her as she shares tales of her expansive career, her eccentric childhood, her relationships and her efforts to achieve gender parity in Hollywood—all while learning to be a little more badass, one role at a time. DYING OF POLITENESS is a touching account of one woman’s journey to fight for herself, and ultimately fight for women all around the globe.

Tickets to this event include access to an in-conversation event with Geena and a copy of DYING OF POLITENESS (published by HarperCollins, a $29 value).

Geena Davis is one of Hollywood’s most respected actors, having appeared in several roles that became cultural landmarks, such as Thelma in Thelma & Louise, Dottie Hinson in A League of Their Own and Mackenzie Allen in Commander in Chief. She is also a world-class archer and is now recognized for her tireless advocacy of women and girls, as Founder and Chair of the Geena Davis Institute on Gender in Media.

For this performance, proof of vaccination or a negative PCR COVID test will not be required for entry into the venue. Face masks are not required, but they are recommended to be worn in the theater. This policy is subject to change at any time, depending on additional mandates from the artist’s touring manager. If you are experiencing COVID-19 related symptoms, please stay home. We welcome you to join us again in the future.