Pre Show Meet and Q&A with the Band

Formed in 1969 in England, Wishbone Ash are one of the most influential guitar bands in rock history. Equally inspired by British folk, American jazz and R&B, the

band did their part to help form the emerging rock ’n’ roll scene in the U.S. and the U.K. Through dedication to the craft of guitar harmony and melody, along with relentless touring, Wishbone Ash garnered a vast audience through public approval, critical praise and worldwide distribution of their extensive recording catalog.

In 2023 the band, led by founding member Andy Powell (guitarist, lead vocals), will mark the 50th anniversary of their biggest selling, multi-platinum album, “Live Dates,” with tours of Europe, North America and the United Kingdom. In the U.S., February and March will see the band traveling through the Northeast and Midwest, with an autumn tour through the South and West.

As first live album released by the band, “Live Dates” features selections from Wishbone Ash’s first four albums performed in concert during the summer of 1973. Reviewers have consistently listed it among the finest live rock albums of all time.

“Live Dates” includes the cream of the early Wishbone Ash crop: King Will Come, Warrior, Throw Down the Sword, Rock ’N’ Roll Widow, Ballad of the Beacon, Baby What You Want Me to Do, Pilgrim, Blowin’ Free, Jailbait, Lady Whiskey and Phoenix.

To celebrate the 50th Anniversary, “Live Dates” was re-recorded in its entirety at Daryl Hall’s venue, Daryl’s House Club, in Pawling, New York on July 22, 2022.

As true warriors of the road, the band regularly covers around 30,000 miles a year, which is roughly equivalent to circumnavigating the world. The Ash is an undeniable force on today’s touring scene, performing on five continents and continuing to be discovered by new generations of music fans.

Over the years the band has embraced diverse musical genres, from folk, blues and jazz to pedal-to-the-metal rock and electronica. Regardless of the style, Wishbone Ash’s groundbreaking interplay of two lead guitars influenced bands such as Thin Lizzy, Lynyrd Skynyrd, Iron Maiden, Umphree McGee and Opeth, among many others.

Wishbone Ash’s latest studio album (their 26th), “Coat of Arms,” was released in early 2020. Their 101st official release is Snapper Music’s limited-edition “Argus” box set containing the remastered album plus historical live albums, previously unreleased, from the original band, back at that time. 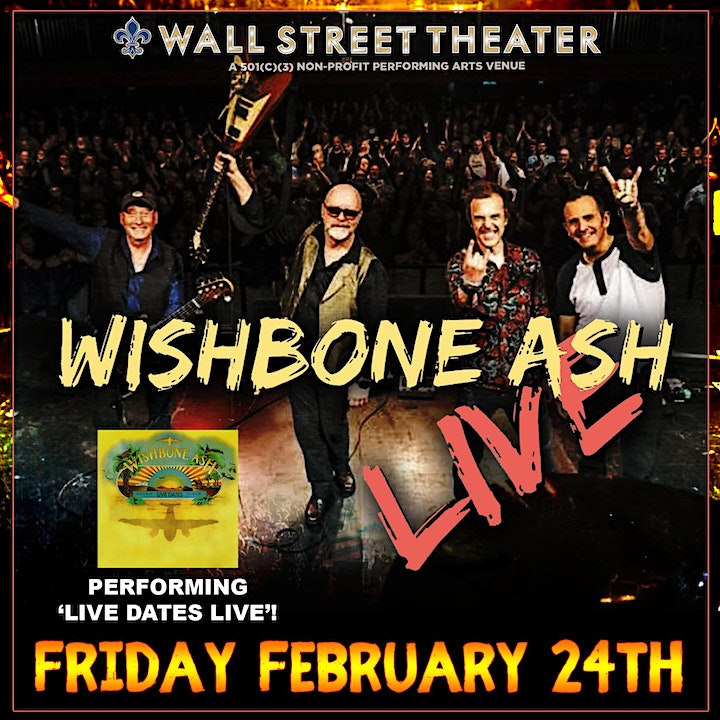