The Musical Box performs Genesis: The Lamb Lies Down On Broadway

Long-running Canadian rock band The Musical Box will hit the road again with a deluxe staging of the classic 1974 Genesis double- LP concept album The Lamb Lies Down on Broadway.

This acclaimed Genesis legacy band – known for their authentic recreations of Genesis’s legendary live production from the early 1970s – plan on an extensive tour visiting close to 100 cities in North America, the UK and Europe.

The Lamb or others, such as Selling England by the Pound – is often described as stepping into a time machine. And this would be especially true of TMB’s Lamb re-enactments. Aside from the fact that the band and their production team are now using more reliable, state-of-the-art technology than clunky 35mm slide carousels and dodgy, old-school Mellotrons, the “look-and-feel” and sound of Genesis’s groundbreaking stage show are faithfully reproduced with painstaking detail and love for the music.

Having first emerged in the mid-1990s with full blessings from the extended Genesis family, the Montreal-based TMB tackled their first Lamb tour in 2000. This included set design, effects and costumes closely following those of the historic 1974-75 final Genesis tour with then-vocalist/frontman Peter Gabriel. And a centerpiece of TMB’s restored show was a similarly iconic, three-screen, rear- projection system for the original 1,200 35mm slide images from the Genesis days.

With exclusive licensing from Gabriel – the story’s principal lyrical creator and license holder – TMB have taken the surreal, shadow-musical world of The Lamb on tour a total of three times, performing more than 300-plus shows in the process. These included the debut 2000-2001 tour, plus two more lengthy tours in the 2004- 2006 and 2011-2013 time periods. Of course, during the prior and intervening years, the band has been continuously presenting other full Genesis albums and themed shows, including the cleverly-curated 2018-2021 musical showcases Genesis Extravaganzas, I & II. 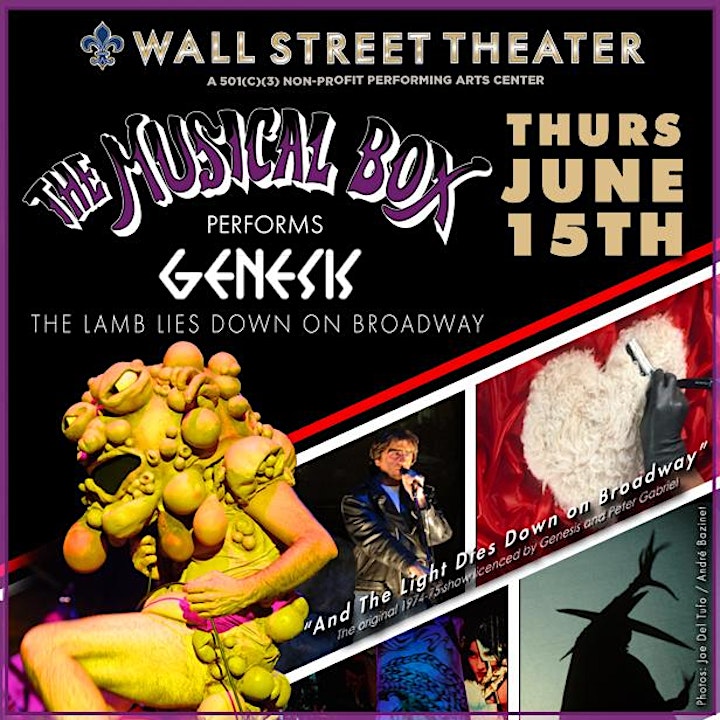