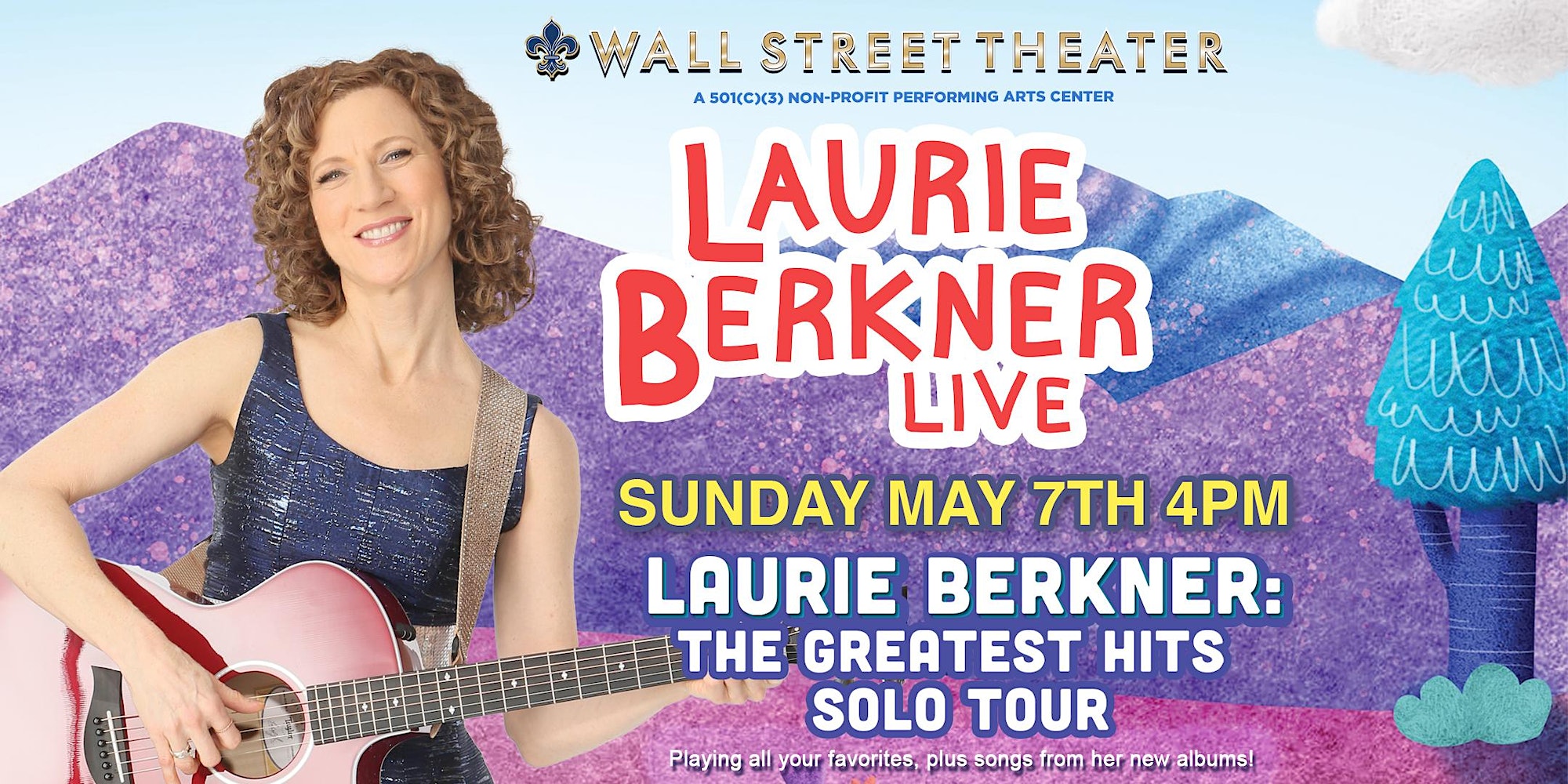 Laurie Berkner back in Norwalk

Laurie Berkner has been a professional musician since 1992, but her success as a children’s recording artist was a surprise to her. “It was so unexpected,” says Laurie. “I’d been performing in rock bands and struggling to write original music. Writing music for kids has not been a struggle at all. The more I started working on material for children, the more I realized that it opened up creativity in me that I never knew I had.”

These days, critics widely acknowledge Laurie’s major contribution toward launching what is now dubbed the progressive “kindie rock” movement – i.e. less saccharine, more rocking music that is not dumbed down for children.

But it wasn’t simply an enormous amount of talent that helped create an entire genre and skyrocketed Laurie to her current position as “the queen of kids’ music” (People magazine). It was an ability to gain parents’ enthusiasm for the songs as well. According to Laurie, “When I’m writing a song, I’m thinking about whether the kids will like it and whether I’m going to connect to them through it. I’m also thinking about whether I want to sing it over and over again, so I guess that’s the part that connects with adults. ‘Old MacDonald Had a Farm’ is a great song for kids, but I couldn’t sing it 100 times!”