Fleetwood Macked and Running on Empty 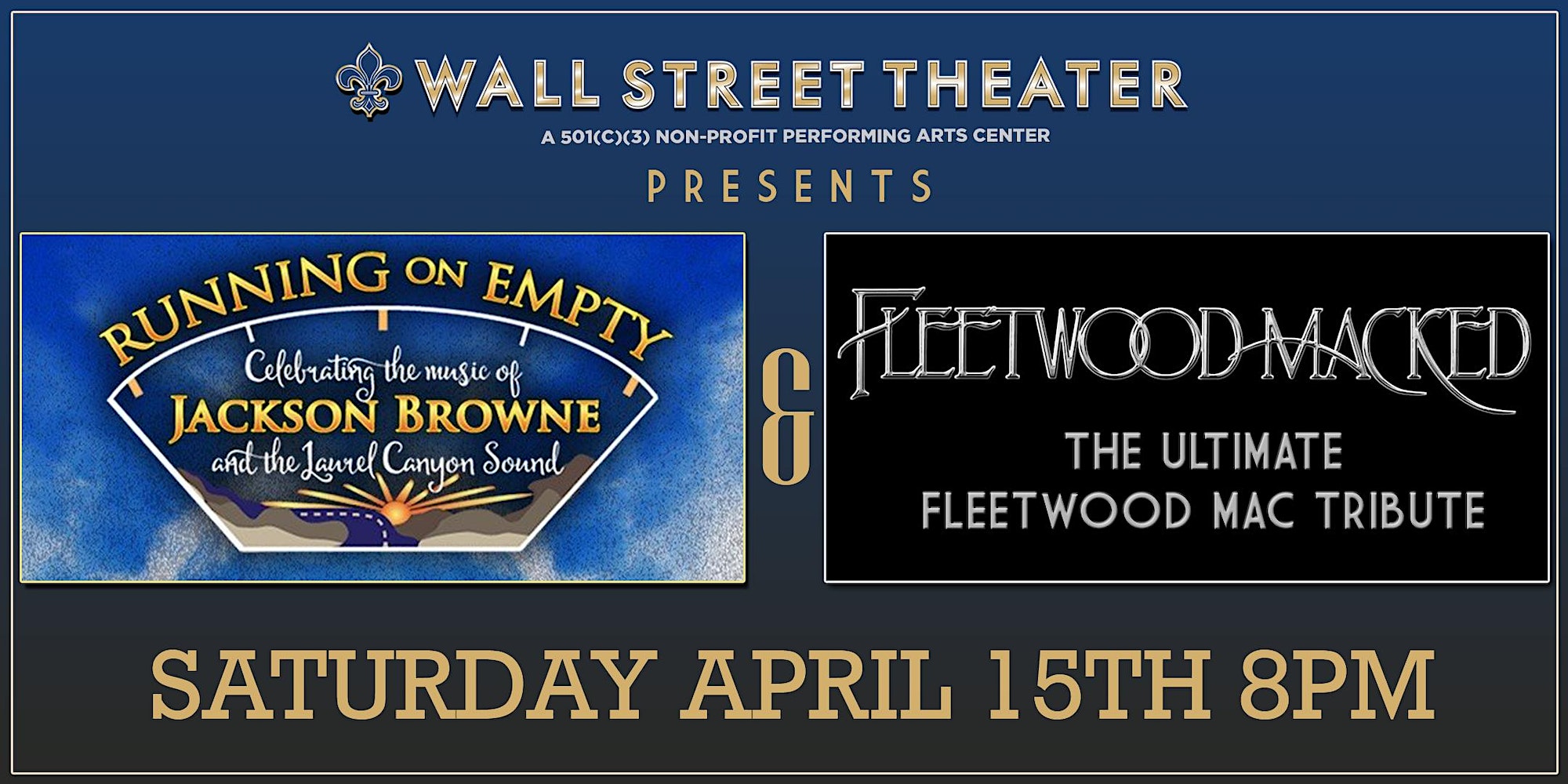 Fleetwood Mac and Jackson Browne and more represented at WST

For over a decade Fleetwood Macked has been playing sold out shows across the U.S. There is no other FM tribute that looks AND sounds as much as the iconic line up of Stevie Nicks, Lindsey Buckingham, Christine McVie, John McVie and Mick Fleetwood anywhere. The show is exciting and energetic and brings audiences to their feet and back to the heyday of one of the most successful hit making machines in rock history!

While running up 91 on a beautiful, New England blue-sky day in the summer of ‘15, Jackson Browne’s song, “Running on Empty” was blasting from the car stereo. At that moment, creator, bandleader, manager Jonathan “Rock Doc” Schneider knew he had to assemble a group of talented singers and musicians to re-create the music from that special time and place: The early 70’s in Laurel Canyon. The songs of Jackson Browne, Bonnie Raitt, Linda Ronstadt, Joni Mitchell and the Eagles come to life with the extremely talented ensemble that always leaves the audience on their feet dancing, and wanting more.