The Return of Cymande U.S. Tour is coming to Wall Street Theater!

“Cymande is getting some long overdue love after their trifecta of near-perfect albums from 1972-74 never got the accolades they deserved.” – Austin Chronicle

They’re the greatest band you’ve never heard of. Unsung heroes whose music was political, spiritual, and generations ahead of its time.

Cymande, a group black British musicians, who all came to the UK from the Caribbean as children, released three brilliant albums in quick succession in the early 70s and were embraced in the USA. But in the UK they faced a music business beset by prejudice against home grown black talent and were largely ignored. They split in 1975. But their music lived on, as successive generations of artists and fans found and embraced their songs. Hip Hop, House, Drum and Bass, R&B, Rare Groove and crate digging communities all saw something in the songs of Cymande that inspired them. And now the band are back. Touring the world and being embraced by yet another breed of fan – the internet generation who weren’t even born when the band split up 40 years ago.

Cymande will return to the U.S. for a rare run of shows this fall beginning on September 21st in Alexandria, VA and wrapping in Monterey, CA on October 4th. Tickets for all shows will go on sale this Friday.

Their story is now also being told on big screen for the first time, with tributes from a galaxy of musicians and producers influenced and enthralled by their music, including Mark Ronson, Kool DJ Red Alert, DJ Maseo, Jim James, and Louie Vega. Getting It Back: The Story Of Cymande (directed by Tim Mackenzie-Smith) had its World Premiere at this year’s SXSW Film Festival. Just last month, the film also won two awards at the Calgary Underground Film Festival.

“In the documentary Getting It Back: The Story of Cymande, Cut Chemist likened the band to a secret password. If you knew them, you were immediately part of a club of music heads who were down with an almost invisible cornerstone of hip-hop.” – Austin Chronicle.

2022 and 2023 looks to be a new beginning and rebirth for this legendary band. In addition to the launch of their U.S. tour and the continued roll out of their documentary, the band is now working with Partisan Records on plans for a new studio album, along with special reissues of their back catalog.

For this performance, proof of vaccination or a negative PCR COVID test will NOT be required for entry into the venue. Face masks are not required, but they are recommended to be worn in the theater. This policy is subject to change. Please check individual shows as our policies may change depending on additional mandates from the artist’s touring manager. If you are experiencing COVID-19-related symptoms, please stay home. We welcome you to join us again in the future. 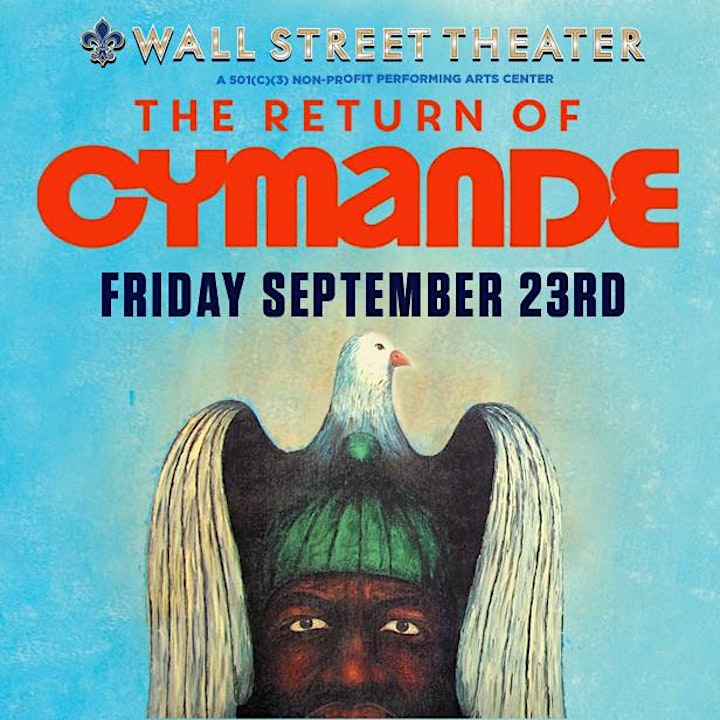