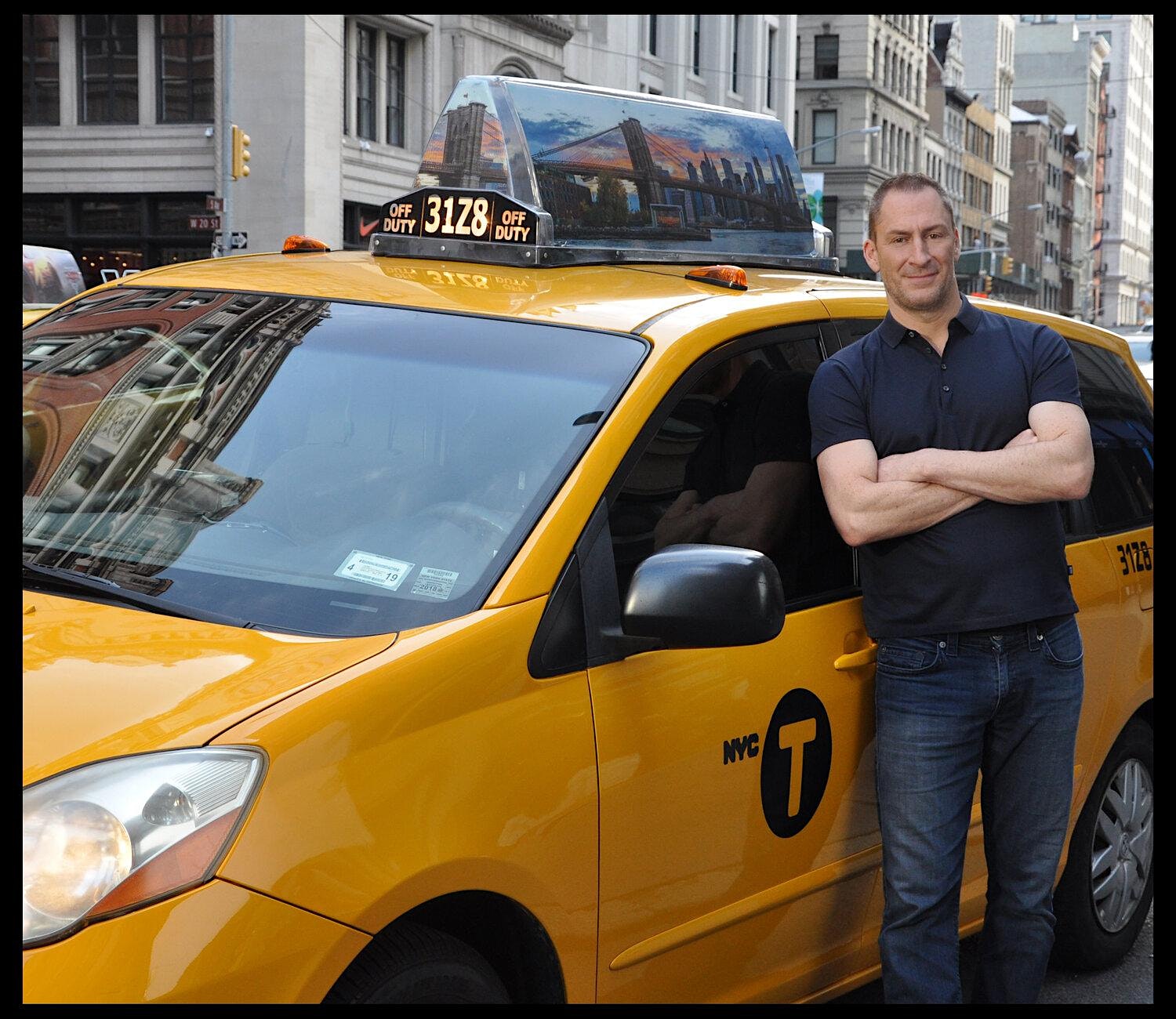 Long before he got behind the wheel of The Cash Cab, Ben Bailey left his home in a small New Jersey town and headed to Los Angeles to pursue a career in show business… 6 weeks later, he found himself on stage at The Comedy Store on the Sunset Strip! He got a laugh with his first joke and knew right away that he had found his calling.

Shortly thereafter, Bailey returned to the East Coast and started hanging out at the comedy clubs in New York City. He quickly became a crowd favorite.

He has since performed at all the major festivals, including Montreal; Chicago (Just For Laughs); the hallowed, former Aspen Comedy Arts Festival; The Edinborough Fringe Festival; and at clubs and theaters around the world. Ben has starred in 2 Comedy Central specials, most recently “Road Rage and Accidental Ornithology” which has been a huge hit on Netflix for the last few years. A new special is due out in the Spring.

By the summer of 2005, Bailey had appeared in several commercials on FOX’s “Mad TV”, become a regular on “Tough Crowd w/ Colin Quinn,” recorded his 1st special for Comedy Central, and made stand up appearances on HBO, NBC, “Star Search”, “Last Call w/Carson Daly” and “The Late Show.” It seemed that Bailey’s star was on the rise… and then along came “Cash Cab.”

Ben drove the smash hit Cash Cab series (new episodes will air in April on Bravo and it’s still in syndication around the world) for over 550 episodes and 6 Daytime Emmy Awards. Bailey has appeared on “The Tonight Show”, “The Today Show”, “The Oprah Winfrey Show”, “Rachel Ray” and virtually every other major morning show (TV&radio) in the country. He has gone on to host Several other TV shows including “Who’s Still Standing” for NBC, “Best in The Business” and “After the Catch” for Discovery as well as several Pilots. Ben has appeared in numerous other TV shows: “30 Rock” “Parenthood” “Law and Order”, “Hope & Faith”, “The Knights of Prosperity” and “One life to Live” as well as several films: “Bad Parents”, “Don’t Shoot the Pharmacist”, “Bad Meat”.

Bailey can currently be seen hosting segments on NatGeo’s “Brain Games” and has a new show in the works with A&E as well as commercial campaigns for DTE Energy, Nature Valley nut bars, and Aldi Supermarkets. Bailey tours as a national headliner and you can see him live at a theater in your area or watch his stand up on his Youtube Channel “Ben Bailey Comedy.”