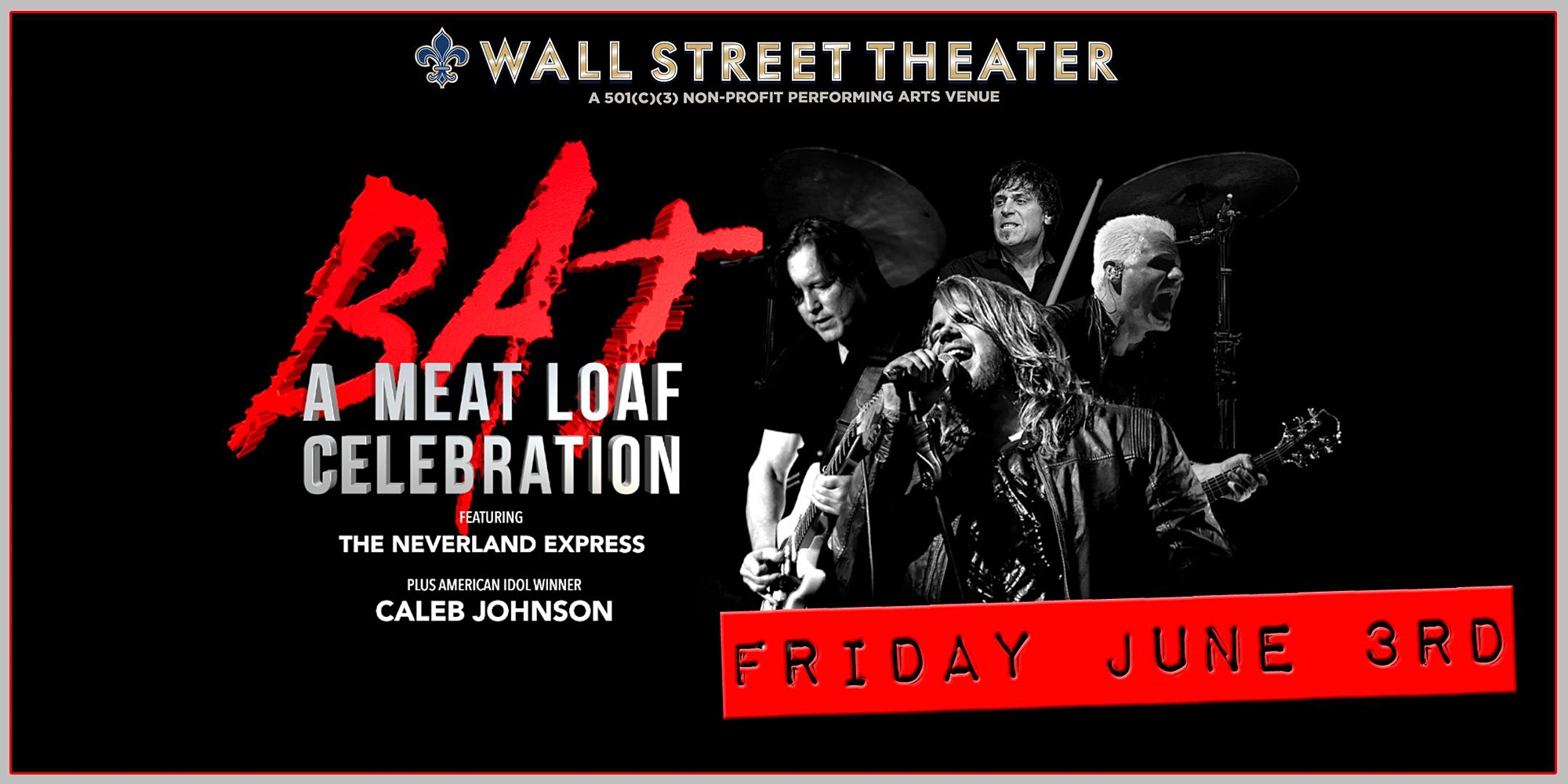 Due to unforeseen circumstances, the June 3rd performance of BAT: A Meat Loaf Celebration has been postponed until April 1st, 2023. Tickets purchased for the original date will be honored for the newly announced date. If you are unable to attend the show on April 1st, we will be accepting refund requests until the end of business day on June 10th. To request a refund, please send an email to boxoffice@wallstreettheater.org. We will not accept refund requests via phone. We apologize for the inconvenience, and hope you will be able to join us on the new April 1st date.

Meet The Neverland Express and Caleb Johnson before the show! Get into the theater prior to doors opening to meet the band, and take photos with them after their soundcheck. *Limit of 50*

In addition to a #1 album and touring with some of the biggest names in rock, Caleb Johnson is the winner of American Idol season 13. He delivers his own unique stamp to such classics as “Bat Out of Hell”, “Paradise by the Dashboard Light” and “I Would Do Anything For Love” while staying true to the essence of Meat Loaf’s delivery.

Created & produced by Paul Crook, this is the only show that was officially endorsed by Meat Loaf. 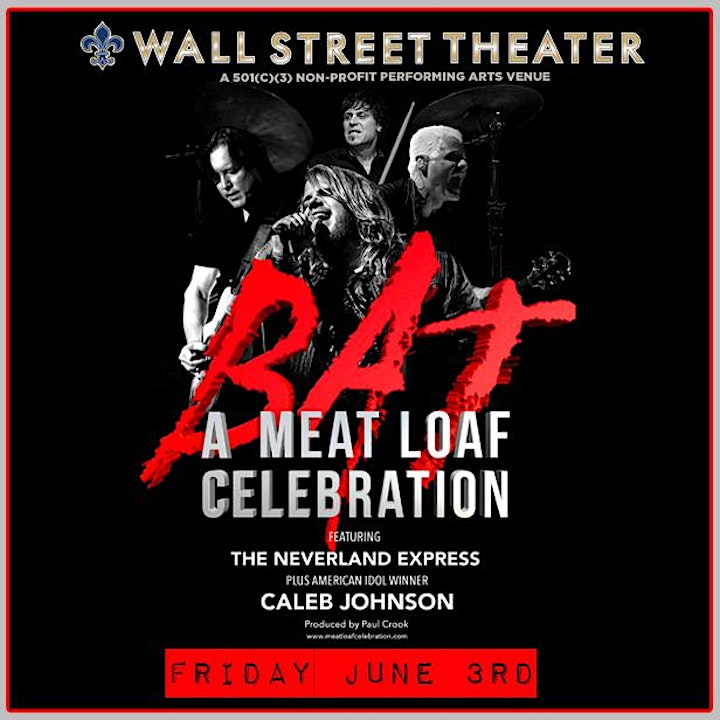