A Flock of Seagulls, with Annabella’s Bow Wow Wow

A Flock of Seagulls with Annabella’s Bow Wow Wow

As well-known for their bizarrely teased haircuts as their hit single “I Ran (So Far Away),” A Flock of Seagulls were one of the infamous one-hit wonders of the new wave era. Growing out of the synth-heavy and ruthlessly stylish new romantic movement, A Flock of Seagulls were a little too robotic and arrived a little too late to be true new romantics, but their sleek dance-pop was forever indebted to the short-lived movement. The group benefitted considerably from MTV’s heavy rotation of the “I Ran” video in the summer of 1982.

Hairdresser Mike Score (lead vocals, keyboards) formed A Flock of Seagulls with his brother Ali (drums) and fellow hairdresser Frank Maudsley (bass) in 1980, adding guitarist Paul Reynolds several months later. The group released its debut EP on Cocteau Records early in 1981, and while the record failed to chart, its lead track, “Telecommunication,” became an underground hit in Euro-disco and new wave clubs. The band signed a major-label contract with Jive by the end of the year, and their eponymous debut album appeared in the spring of 1982. “I Ran (So Far Away)” was released as the first single from the album, and MTV quickly picked up on its icily attractive video, which featured long shots of Mike Score and his distinctive, cascading hair.

The single climbed into the American Top Ten, taking the album along with it. In the U.K., “I Ran” didn’t make the Top 40, but “Wishing (If I Had a Photograph of You)” reached number ten later that year; in America, that single became a Top 40 hit in 1983, after “Space Age Love Song” peaked at number 30. “Wishing” was taken from the group’s second album, Listen (1983), which was moderately successful.

The band released 1984’s The Story of a Young Heart failed to produce any hit singles but Reynolds left after the album and was replaced by Gary Steadnin; the band also added keyboardist Chris Chryssaphis. The new lineup was showcased on 1986’s Dream Come True.

Shortly after its release, the band broke up. Mike Score assembled a new lineup of A Flock of Seagulls in 1989, releasing the single “Magic” and touring the U.S.A. The band continued to tour worldwide, although with major changes to its members, and in 1996 released a new album, The Light at the End of the World. 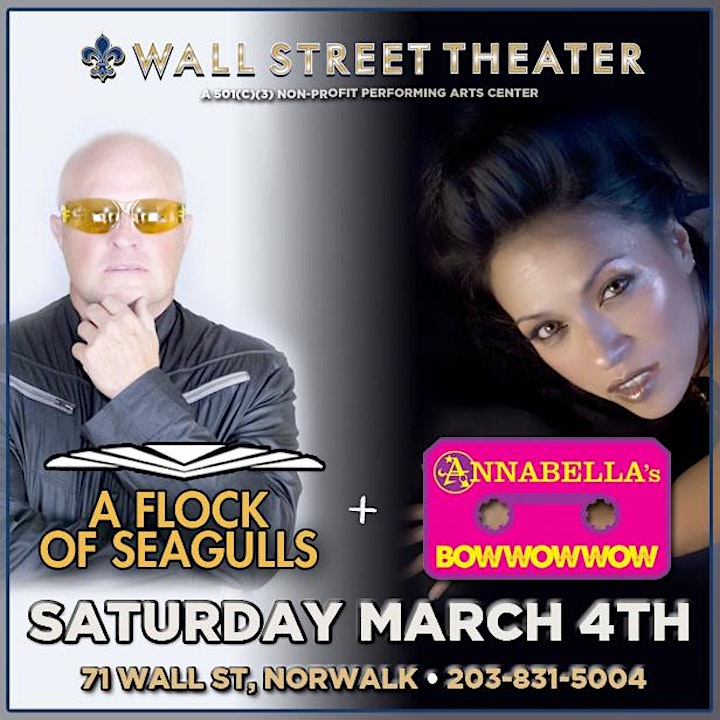